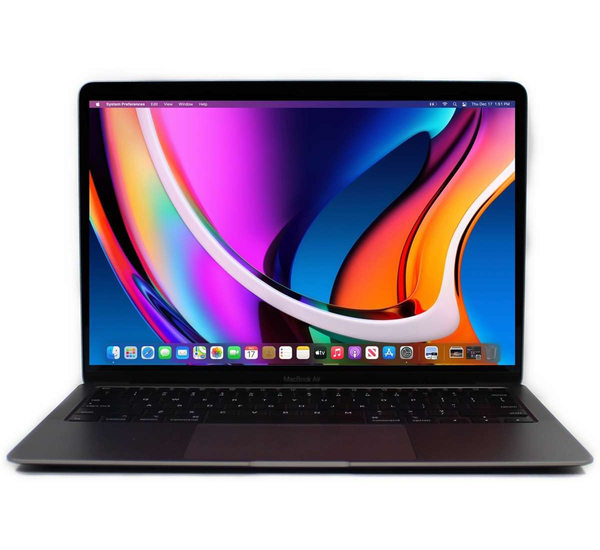 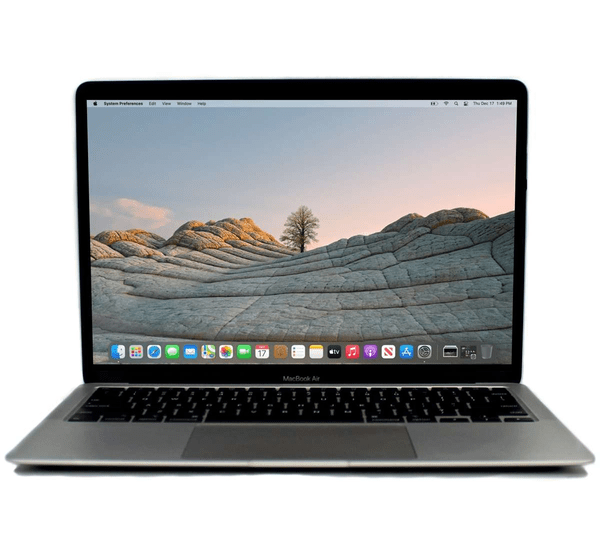 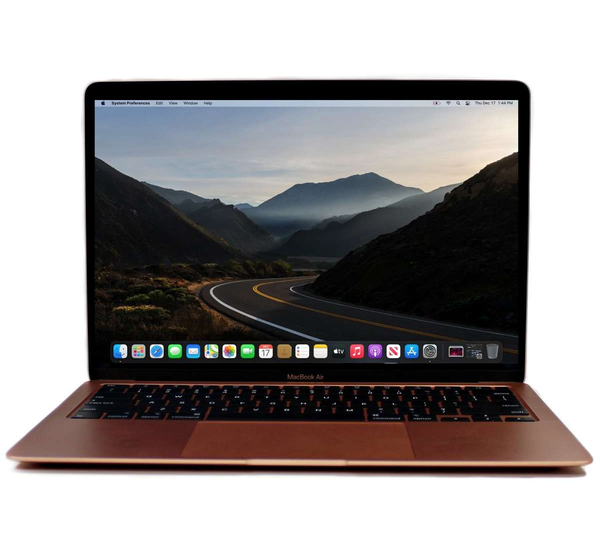 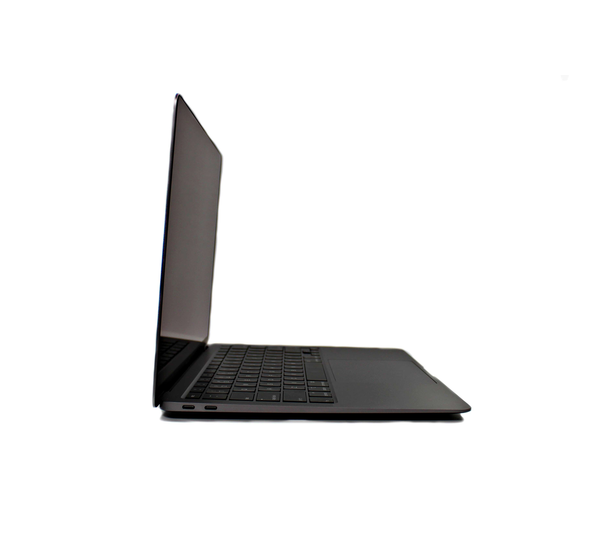 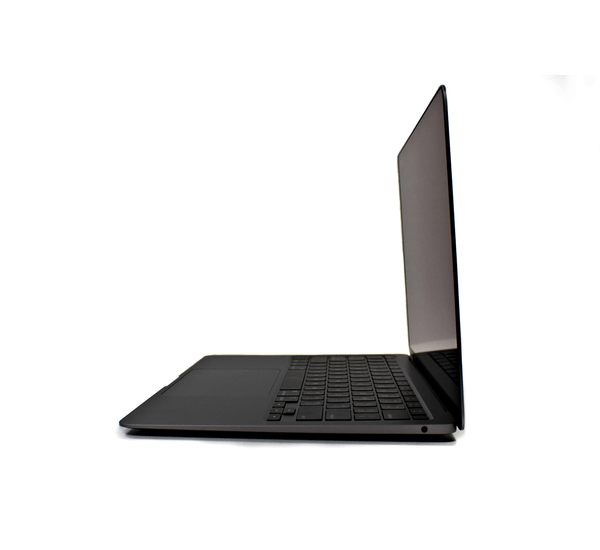 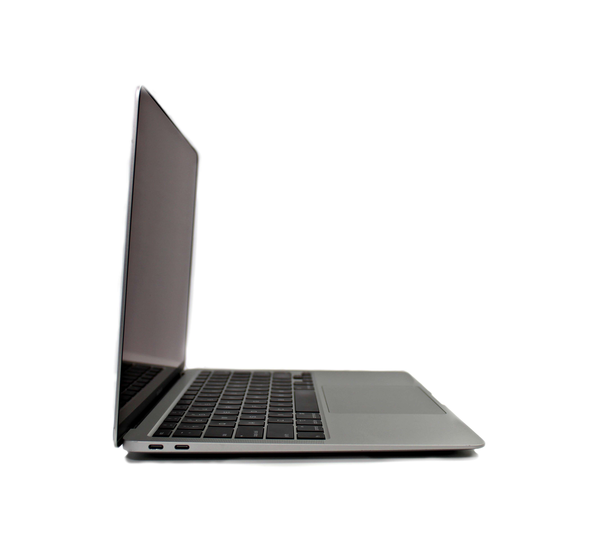 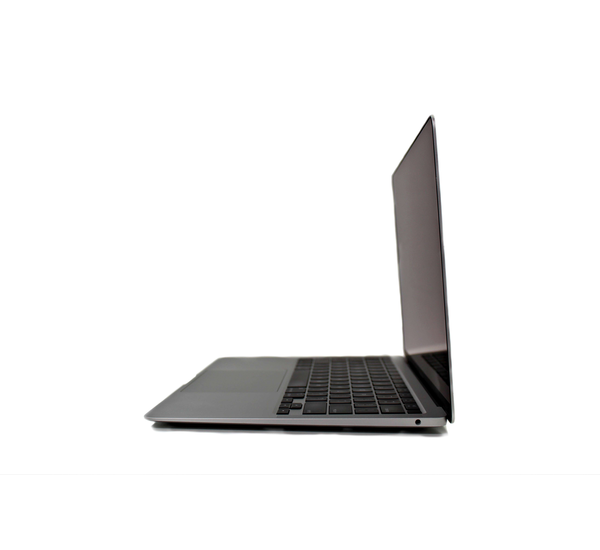 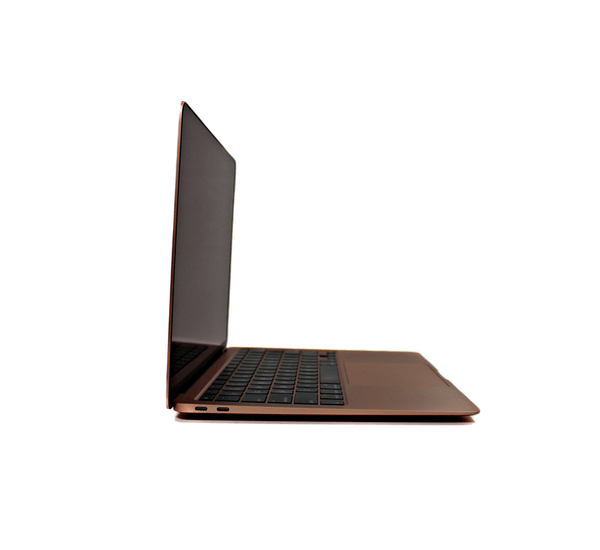 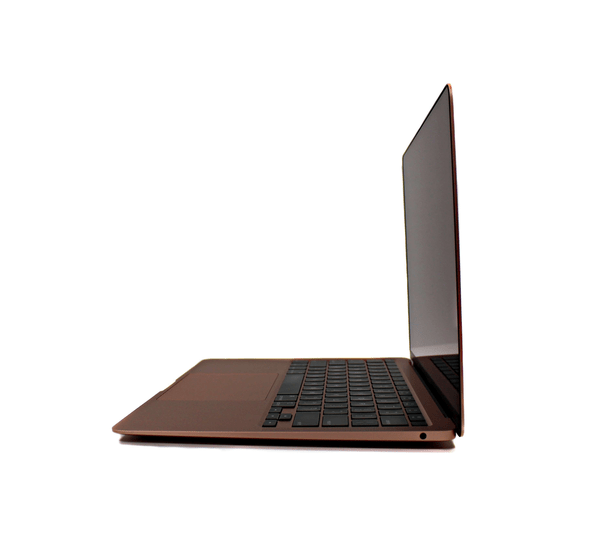 2020 13-inch Macbook Air featuring an upgraded 1.1GHz i5 processor (up to 3.5GHz with Turbo-Boost), 16GB RAM, and upgraded 256GB SSD. No need to worry about compatibility issues with this powerful i5 processor. These Airs were custom ordered from Apple and with a 256GB SSD.

Each Mac is still covered by Apple's warranty until a minimum of April of 2021 and eligible for an extended SafeTech Warranty to cover you up to three years!

The 2020 MacBook Air saw some major upgrades to the body and internal specs. With the superior Scissor Keyboard (Initially introduced in the 2020 16-Inch MacBook Pro), typing feels more natural and intuitive than its predecessor. A sturdier aluminum body and Touch ID installed directly onto the keyboard are also among the new additions to the physical chassis. Internally, Apple installed faster LPDDR4X SDRAM paired with the 10th generation Intel processors.

Other internal upgrades include; upgraded batteries with up to 11 hours of wireless web time, two USB-C Ports, with enabled support for external graphics processors.

Weighing in at 2.8lbs, this MacBook Air is lighter than most of its predecessors, making it ideal for commuters who want less weight and more power. This light-weight Mac is compact enough to fit in a purse or backpack.

This MacBook Air is equipped with a 13.3" 2560 x 1600 QuadHD resolution 16:10 LED-backlit IPS Display and Apple's Force Touch trackpad, which offers the feeling of clicking without a button via haptic feedback.

1.1GHz Processor TurboBoosted up to 3.5GHz