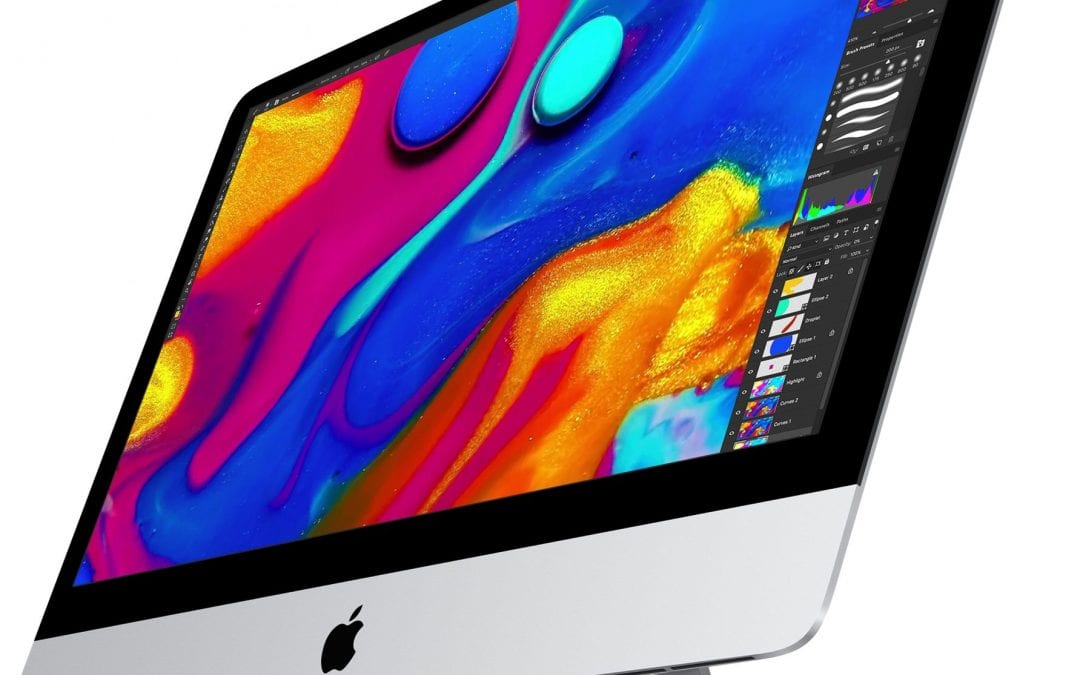 Apple has always succeeded in making great desktop systems. As such, we decided to evaluate some of these devices in order to provide you with an expert opinion on which desktop you should buy. 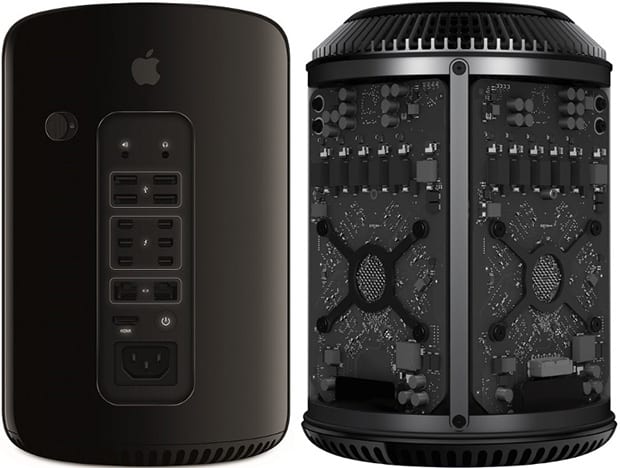 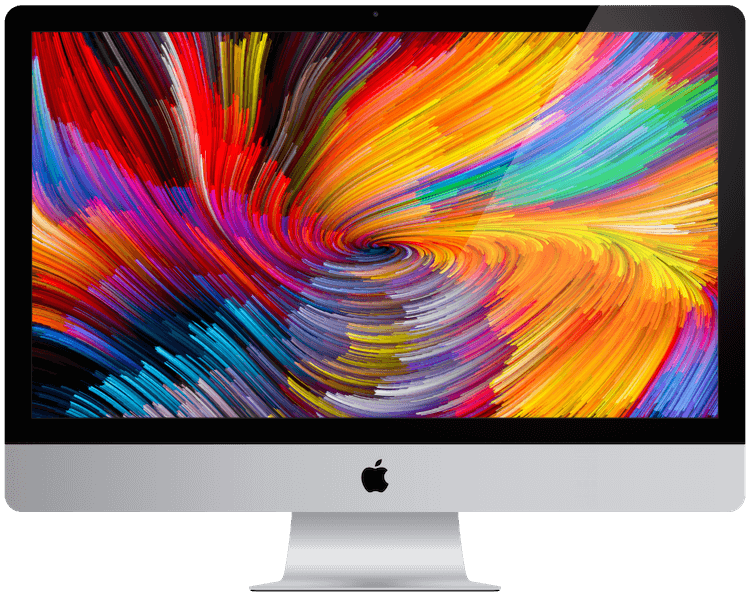 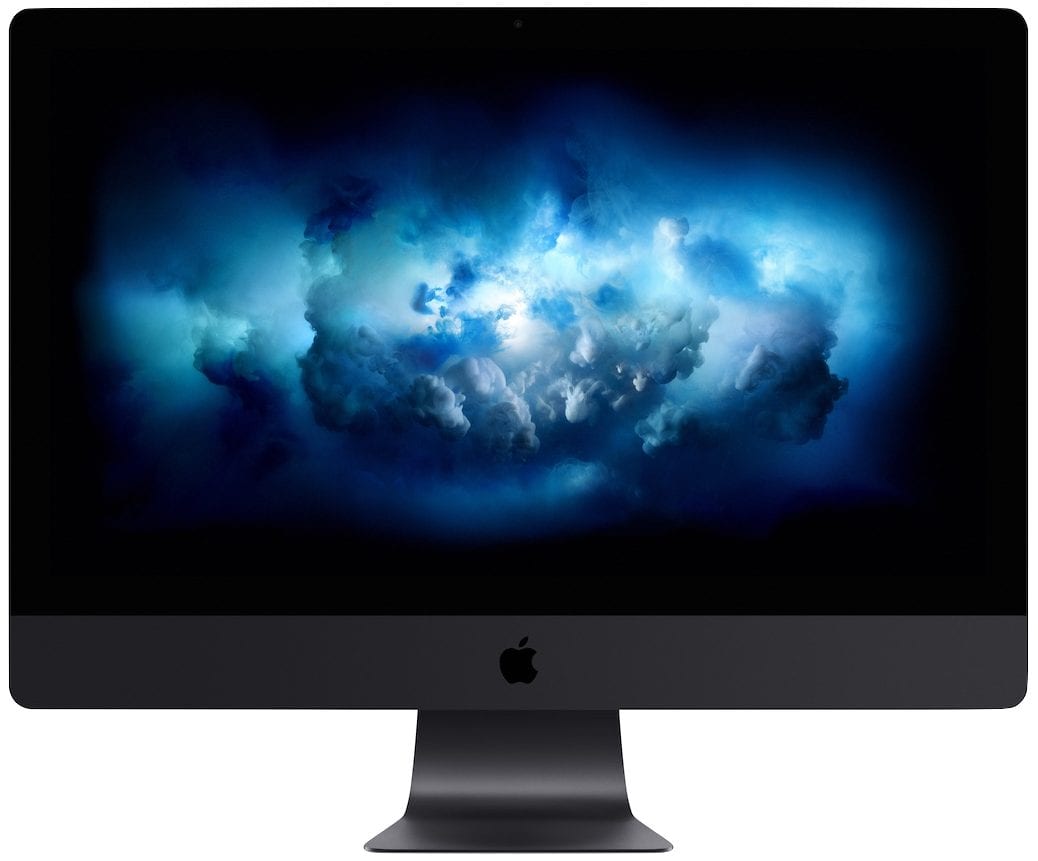 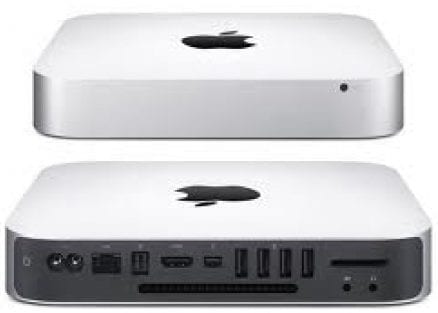 The Mac Pro was announced in August 2006 at WWDC, when it replaced the late 2005 PowerMac G5 as Apple’s professional desktop offering. This Mac Pro featured Intel components and was powered by two 64 bit, dual-core Xeon 5100 ‘Woodcrest’ processors. Models also came with a 128-bit Vector Engine. These Xeon processors required less heat dissipation than the G5 processors which allowed for a smaller and cheaper cooling system. Next up Mac Pro models used dual quad-core Xeon Clovertown processors which were released on April 4th, 2007; The models were later revised just over half a year later on January 8th, 2008 to feature dual quad-core Xeon “Harpertown” processors. The 2012 Mac Pro looks nearly identical to a model that was announced on July 27th, 2010.

While the first Mac Pro’s case did resemble that of its PowerMac predecessor, its interiors were changed up and redesigned.

Apple’s customers at that time tended to heavily customize their Macs and as such Apple offered them a heavily customizable Mac Pro model. What this decision did was that it shifted the onus of configurations selling to the resellers leaving the company with a streamlined manufacturing process so a single model had these specs which sold for $2,499

The 2009 and later Mac Pro models were available with one or two CPUs but with options of upgrading to four, six, eight or twelve cores. CPUs could be removed and replaced with compatible 64-bit Intel Xeon CPUs. The eight-core model uses two quad-core ×8 Intel E5620 Xeon CPUs clocked at 2.4 GHz but it could be configured with two hexa-core Intel Xeon X5670 CPUs as well.

All this was included in the first gen Mac Pro, but in 2013, Apple came up with its second gen Mac Pro design which was touted to achieve twice the overall performance level of the last model and so the Apple Mac Pro “Twelve Core” 2.7 was released on December 19th, 2013.

Below are some of its specifications:

CPU Processing Power: It is powered by a singular 2.7 GHz twelve-core Xeon E5-2697v2 processor with a dedicated 256kb of level 2 cache for each core and 30 MB of level 3 “Smart Cache”.

Mac Pro is a product which is built for power and performance. It has a strong advantage in the following situations:

Potential buyers should judge its configurations and specs carefully before thinking of buying a machine built for professionals. Due to its high entry price, the Mac Pro won’t be utilized by the general public unless those individuals dabble in 3D rendering, image editing or video editing. With anything less, the Mac Pros capabilities are poorly suited for a Tuesday night email browsing session.

In April 2018, Apple also confirmed that it will release a newly redesigned Mac Pro in 2019, which will replace its second gen. This will serve as a bridge between the iMac and the currently available Mac Pro. 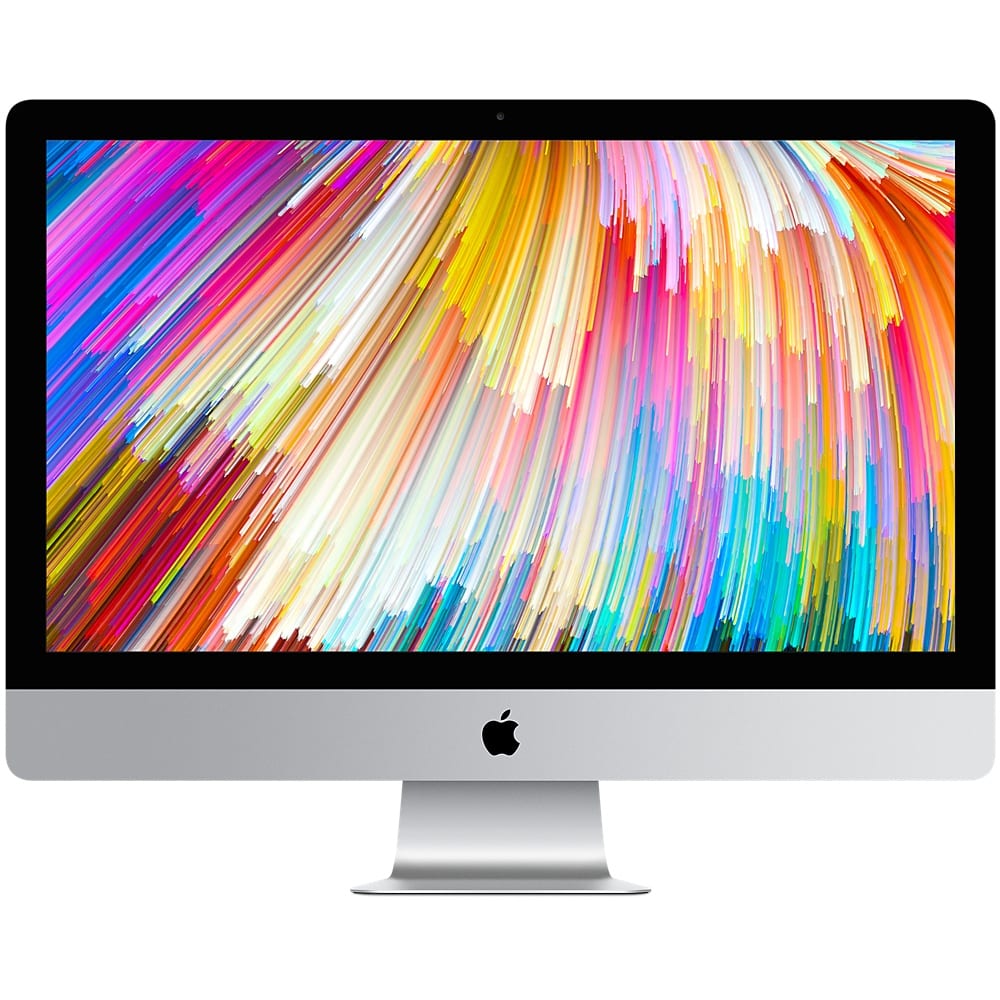 But before its sleekness, the original iMac G3 had an egg shaped look which was later revised in the iMac G4. The third and fourth major additions to the device saw the components being placed immediately behind the display which only had the ability to be tilted up and down on a base display as opposed to the G4 version which had the LCD monitor on a freely moving arm. The fifth major revision came in mid-2007 and featured a slimmed down model while also using a glass panel and an anodized aluminum shell over the entire front.

In October 2012, the sixth major revision was released which omitted the SuperDrive and used a different display which allows it to be thinner at the edges than the other models.

The seventh major revision came in October 2014, when the iMac was announced with a Retina 5K display that had a resolution of 5120 × 2880 pixels.

The iMac is the standard Apple desktop which users have come to know and love. Its uses are broad and has presented itself as a well suited desktop for a wide variety of industries and individuals. Along with this, you can easily get your work done through its iWork suite with which you can create documents, spreadsheets, presentations and much more along with standard web browsing. This machine is perfect for use in offices, schools and as a personal home computer. 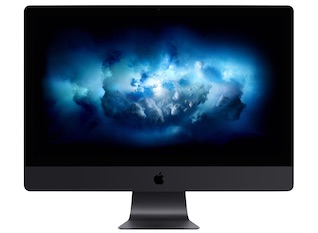 Apple announced a workstation-class version of the iMac on June 5, 2017 called the iMac Pro. The iMac Pro shares the screen and design of the 5K iMac, but it is colored in Space Gray rather than silver and features vastly superior processing power. Apple began the iMac Pro shipping in December 2017.

Below are its other features:

The iMac Pro certainly isn’t for everyone, but let’s see what one can do with it:

Overall, this is not just for the creative professionals like the Mac Pro, but it is actually for doctors, developers, scientists and builders. Basically, anyone who needs fast rendering as well as heavy multitasking but wants it in a sleek device. 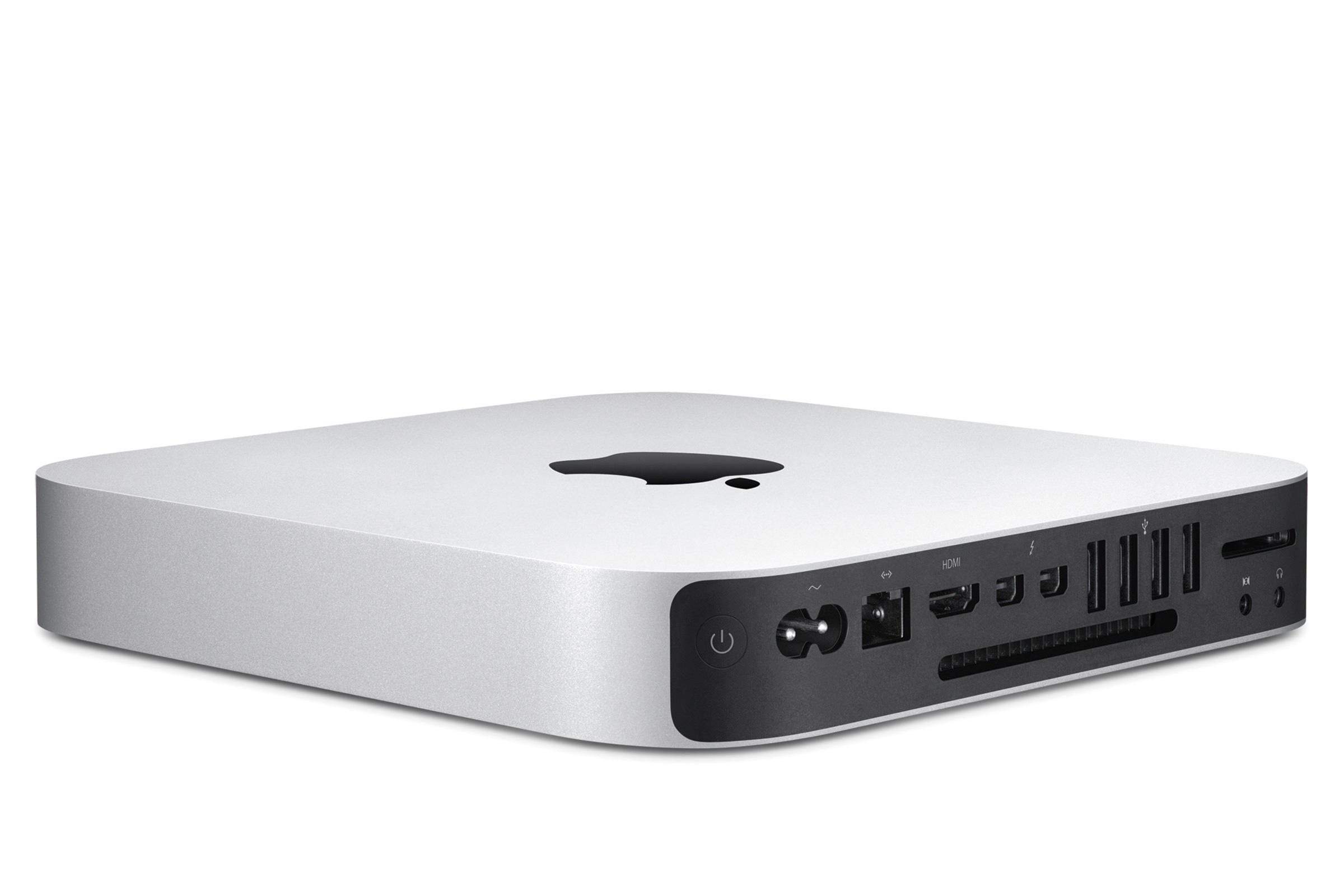 Announced on January 10th, 2005 at the Macworld Conference & Expo, it was aptly described by Steve Jobs as ‘the cheapest, most affordable Mac ever’ at that time.

It is the first consumer Macintosh desktop model to have been shipped without a keyboard, display or mouse. Apple’s marketing strategy regarding it was BYODKM which stood for- Bring Your Own Display, Keyboard and Mouse. It was aimed at users who already owned a compatible display, mouse and keyboard or could just purchase one.

In October 2009, Apple released a server version of Mac mini along with modifications to its computer as it had a second hard drive instead of an optical drive. It was touted as being made for the small businesses and schools who wanted something affordable.

The newer model that was introduced on June 15th, 2010 and had a sleeker aluminum casing that was designed to be easily opened for RAM access. In addition to this the new model incorporated upgraded hardware such as an HDMI port and a Nvidia GeForce 320M graphics card.

Until the 2011 release, the Mac Mini had a much less processing power than the other computers in the Macintosh line up as well as other devices offered by competitors. This was because Apple used lower level laptop components in the small case and to prevent overheating and to keep costs down in an effort to keep the model affordable.

Here are a few specs from the latest models:

The Mac mini is the cheapest offering from Apple’s desktop lineup. It is useful for people who want a secondary desktop to handle server functions or for a budget based family who is looking to enter into the Apple family with a lower-end model. Many people have found a great use for the Mac Mini as a home theatre solution. Ultimately this is a desktop which is used for a low cost basis. This might be a school computer lab, a teenagers desktop or a front desk admin workstation.

To conclude, all these devices have their own features and quirks for their intended audiences. Price plays the biggest factor and is a clear indication of which product you should consider when looking to buy a new Apple Desktop device. If you are the average consumer we suggest you go with the iMac. It is comfortably priced, easy to work with and provide more than enough for the everyday user with a little more power for those larger tasks. As a bonus, the large screen makes watching Youtube videos an absolute pleasure!

All product and company names are trademarks:™ or registered:® trademarks of their respective holders. Use of them does not imply any affiliation with or endorsement by them.
Techable.com is provided "as is" without warranty of any kind whatsoever. Techable.com, and the author thereof, shall not be held responsible or liable, under any circumstances, for any damages resulting from the use or inability to use the information within. For complete disclaimer and copyright information please read and understand the Terms of Use and the Privacy Policy before using Techable.com. Use of any content or images without expressed permission is not allowed, although links to any page are welcomed and appreciated.