What are all the differences between the 13-Inch “Early 2015” and the 15-Inch “Mid-2015” Retina Display MacBook Pro models? Which is best for my needs? 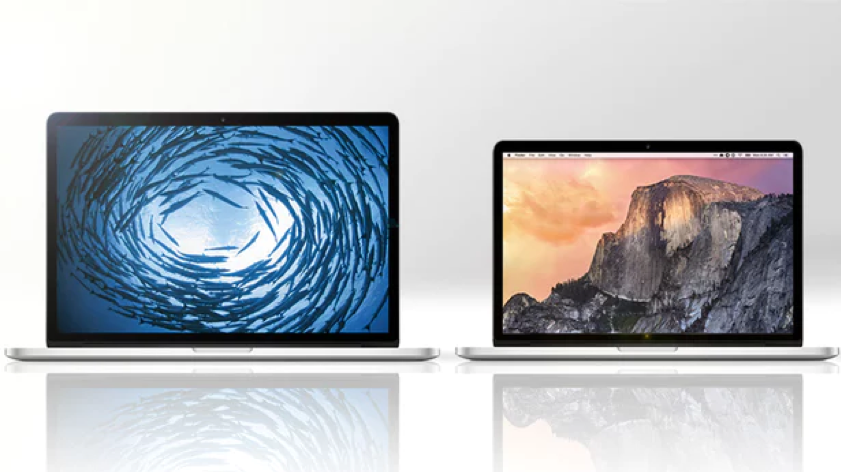 Apple stopped updating its 15-in Retina MacBook but continued its precedent, the 13-in model. Many versions from the same lineup are still available in the market up to this day, which makes users wonder – is there really a difference between the 13-Inch Early 2015 and 15-Inch Mid 2015 Models of Retina Display MacBook Pros?

At first look, the two models are almost identical. They have the same ports and keyboards. They resemble one another. But, there is more than their aesthetics because they have vital differences worth nothing, most especially in performance. These distinctions are not very obvious. This is why we have to make a point-to-point comparison so that it’s easier for you to determine which model suits your needs and usage.

Here are the main differences between the two models:

Externally, the 13-in and 15-in models are almost similar to one another. They look the same if it wasn’t for their size which is a major difference you’ll quickly notice. Basically, the two versions used the sealed aluminum with a glass design that gives them uniform thickness. Both of them are also 0.71-inch thick. However, they weigh differently. The “Early 2015” model is 3.46 lbs or almost 1.57 kg; while the “Mid 2015” model is 4.46 lbs or 2.02 kg. This means that 15-in models are slightly heavier.

Both 13-in and 15-in MacBook Pro models employed a LED-backlight widescreen with high-resolution, and quality retina display. The only difference is the resolutions and size they utilized. For instance, “Early 2015” models featured a 13.3” widescreen with 2560×1600, 227 ppi displays. On the other hand, “Mid 2015” versions have 15.4” widescreen with 2880×1800, 220 ppi displays. Any color looks vibrant in these laptops though. You will see the finest detail of a 4K trailer clearly. Based on the colorimeter of Laptopmag, the 13-inch MacBook Pro has a 125.3 sRGB gamut rating. This is why the model shines brighter than the Mid 2015 model.

According to Apple, this trackpad is a built-in force sensor that gives a uniform response through pressure. It allows a third click when you press the middle button. This is referred to as the Force Click. The haptic feedback system of this technology stimulates every click. The trackpad doesn’t involve any physical movements anymore, so it’s more natural to use.

They are also compatible with the Thunderbolt-to-Firewire 800 adapters, and Thunderbolt-to-Gigabit Ethernet; however, you have to pay an additional cost to have them.

The external Model Numbers of the 13-in and 15-in Retina Display MacBook Pro models are the same with previous models of similar display size. Hence, the “Early 2015” version uses the A1502 model number; while the “Mid 2015” model has the A1398 model number.

To make unique identification simpler, and more convenient, you must be well-versed with Model Identifiers, found in software, and EMC Numbers. They will make your task easier.

Here at Techable, our goal is to help you evaluate your Apple product expertly. We have keenly consolidated the important details you should learn about your product. Here’s a sample:

We also have a reliable database that can identify the version of the Retina Display MacBook Pro model you own with only the use of your serial number.

The internal configuration of the Early 2015 and Mid 2015 versions is almost common. Both of them feature a PCIe 2.0 x 4 storage module interface. Their battery is also built in the same place. Other than these, they have remarkable differences that set them apart from one another. What are these?

Early 2015 models include dual-core processors – Intel “Core i5” or “Core i7” and an 8GB onboard 1866 MHz LPDDR3 SDRAM memory as the default setting. If you prefer more, you can upgrade your RAM to 16GB once you buy your unit with only an additional payment. There is also an integrated Iris Graphics 6100 graphics processors that also utilize the memory in the system. These are the internal specifications of the 13-in MacBook Pro.

Once you buy yours, Apple does not recommend upgrades; however, both of these models feature the identical proprietary “blade” type SSD – or the PCIe-based storage. You can replace this part and upgrade it eventually for as long as you know how. We have a detailed explanation of these SSD generations here.

There is also a difference in the battery runtime of the two models. If you need a laptop with more runtime, then the 13-in model is for you because it lasts from around 10 to 12 hours; on the other hand, the 15-in model is estimated to last for only 9 hours.

To summarize, the differences between the 13-in and 15-in Retina Display MacBook Pro models lie on their memory, processors, video processors, storage, identifiers, battery life, original prices, and displays. This is a summary from everymac.com:

The “Early 2015” 13-In Retina Display MacBook Pro models allow users to upgrade their RAM up to 16GB on the initial purchase of the unit; however, once you have bought the product, the upgrade is no longer encouraged.

Additional memory bandwidth is present in the Intel Iris Pro 5200 graphics processor because it also uses the 1 GB memory in the graphics function of the system. On top of this, it also has the “Crystalwell” with 128 MB capacity on the DRAM CPU Package. This is the superior version of the integrated graphics subsystem which increases display performance.

What’s the most ideal model for you?

The answer is that it depends on your needs. If you lean towards a fast and high performing Retina Display MacBook Pro model even in a larger and heavier package, the 15-in, Mid 2015 version is for you because that is where this model is good at.

Anyone who also gives focus on the aesthetics of their laptop – big and beautiful display and sleek look, but does not mind paying extra for internal upgrades, and legacy connectivities should consider the 15-in model.

If you need a longer battery life more than anything else in a laptop, the right model for you is the 13-in Retina Display MacBook Pro. This is the perfect match for users who do not give high regard to performance. This Early 2015 version is lighter and cheaper too.

Indeed, the best model depends on your needs as a laptop user. Assess what you want in a device first to know which version is superior.