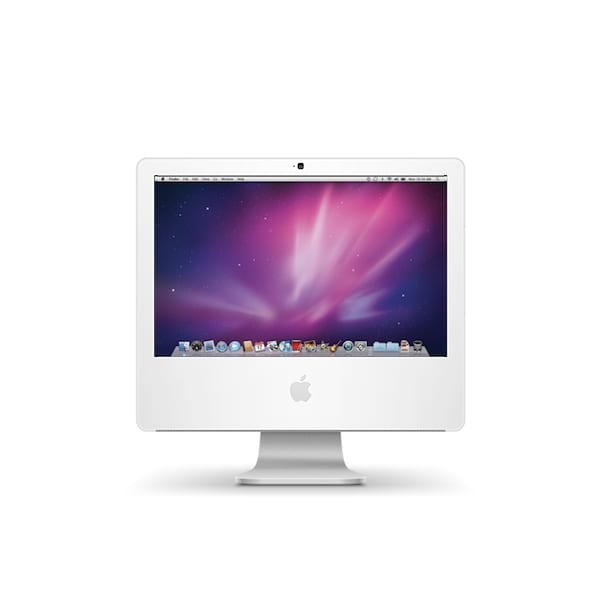 This device is a BTO/CTO device which is nearly identical to MA590LL. We have listed this device separately as it has been configured with an upgraded processor when compared to the base model. This has been done to make it easier to catalog as well as easier to read.

2006 Saw another important switch in the iMac family. The introduction of Intel Core 2 Duo Processors replacing the PowerPC processors was attempted in this brand first and it was the first time an Apple computer had worked with an Intel Processor. The iMac released in 2006 had a 2.16 GHz Intel “Core 2 Duo” Processor (T7400). This was also the first time that the secondary display on the iMac was not just mirroring the primary display but also an extension of the primary screen from its mini-DVI port. It also came in a package with the Apple Mighty Mouse, a six-button Apple Remote as well as Apple “Front Row” a  predecessor to iTunes which provided a simple interface to play music, photo slideshows, DVDs and iMovies all these features were also controlled using the six button remote. USB 2.0 ports, FireWire ports, Bluetooth 2.0+EDR were included in the connectivity options of the device. It was packed with features that made it suitable for literally every type of user, ranging from formal, informal. It was an iconic machine of its day.

The iMac featured a screen with TFT active matrix  LCD display and a native resolution of 1440×900.

The iMac includes the following features and ports: 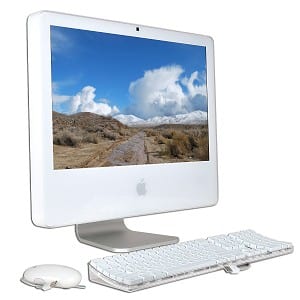 Although the iMac came with 1 GB of RAM it could be upgraded up to 4 GB of RAM.

Need a warranty for your iMac ? SafeTech Warranty protects your Mac for up to 3-years.