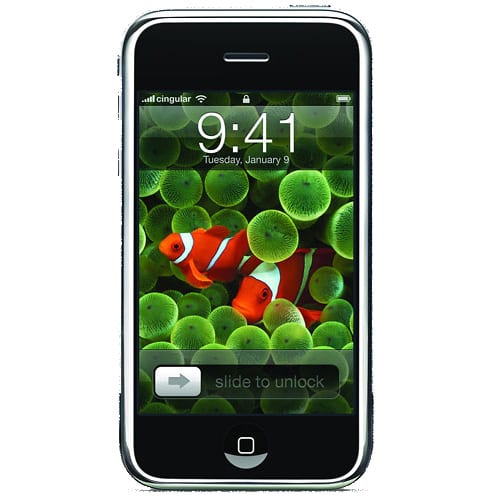 The 1st generation iPhone was a stylish phone with a nearly all screen configuration that started shipping June 29, 2007. Its revolutionary features were packed into a 0.46-inch case that weighed around 4 ounces. Some of its highlights include its 2.0 megapixel camera, Bluetooth 2.0 support, EDGE and Wi-Fi (802.11b/g) support. It also included an accelerometer that allowed the device recognize what mode it is being held by the user, mainly being portrait or landscape. It also had an ambient light sensor that helped for automatic screen brightness adjustment and also a proximity sensor to turn off the display when it is held closely to the ear.

It is no surprise that the original iPhone shocked the phone industry with its completely intuitive display. This coupled with the advancements of its touchscreen really put Apple in the lead. The device is thicker than most remember compared to modern day phones. It was a statement for Apple and showed the way for the industry leading forward.

The iPhone came with iPhone OS 1.0 (1A543a) for its operating system. It was powered by a single Samsung ARM 11 processor with 412 MHz speed.

The iPhone was equipped with a Lithium Ion battery that supported up to 8 hours of talk time, 24 hours of audio playback, 7 hours of video playback and 6 hours of web browsing. It also supports up to 250 hours of standby time. 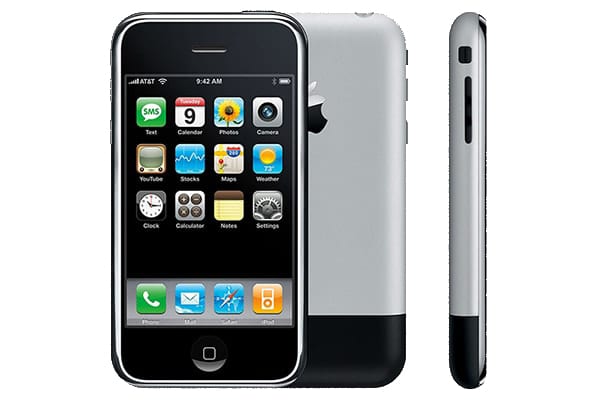