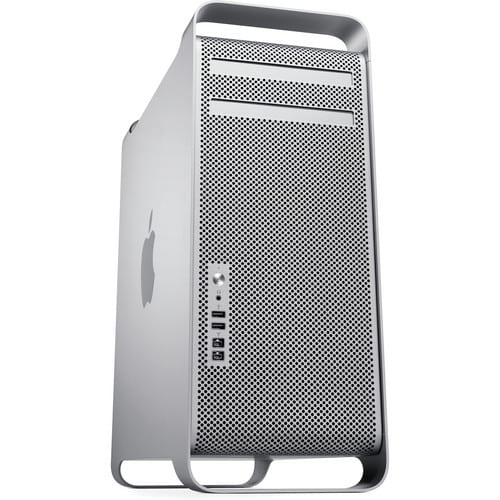 This device is a BTO/CTO device which is nearly identical to MA356LL/A. We have listed this device separately as it has been configured with an upgraded processor when compared to the base model. This has been done to make it easier to catalog as well as easier to read.

The Mac Pro is one of the three desktop versions in the Apple line-up of computers. It is also the most powerful of all the Apple products and also the most expensive. Part of its power rating includes the almost “endless” expansion qualities when compared to other products and computers. It has a tower package, numerous connectivity options, and flexible customization which also makes it a great option. The Apple Mac Pro, the first Intel based tower Mac, features 5 USB Ports, 4 FireWire Ports, 8 RAM slots, and two 2.0 GHz dual core Intel Xeon 5130 processors among.  Device specifications and capabilities can be found below.

The device is powered by two 2.0 GHz dual-core Intel Xeon 5130 processors with 4 MB of shared level 2 cache per processor and 1.0 GB of 667 MHz DDR2 ECC “fully-buffered” FB-DIMM memory.  The RAM has a heat sink design that is a bit different from generic FB-DIMMs.  This is centered around a 64-bit architecture. 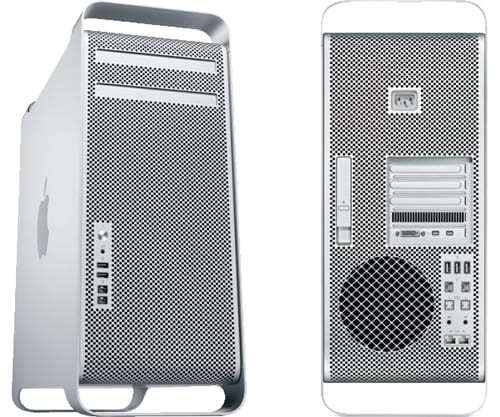