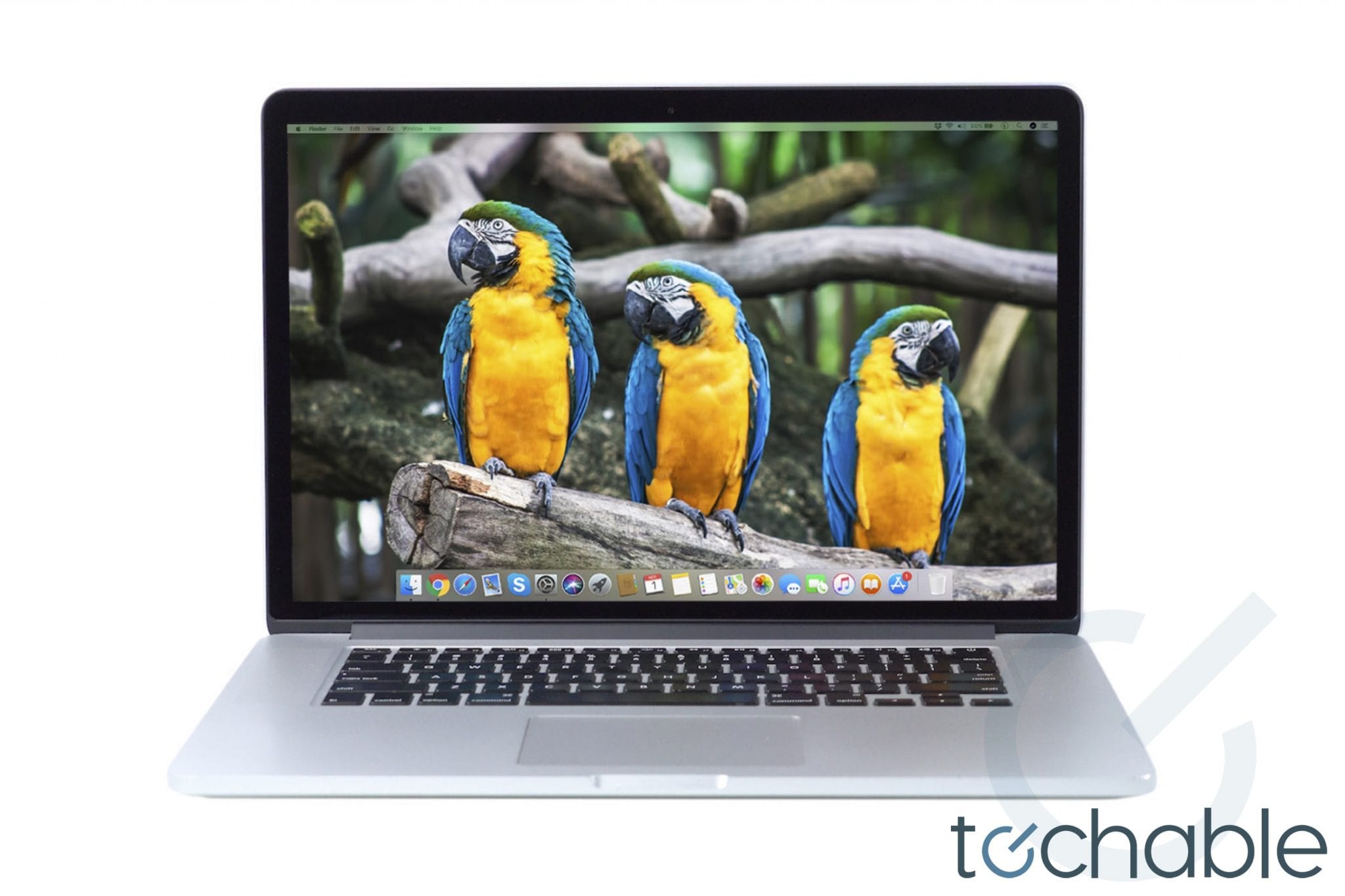 The 2015 15 inch Apple Macbook Pro model MJLU2LL/A is often considered the best of the Retina Display Macs. Apple Macbook Pro 2015 2.8GHz model came with a quad-core Intel i7 chip along with a new “Force Touch” trackpad. It also features a SSUBX SSD drive which Apple claims is twice as fast as 2014 models.

The Macbook Pro Mid 2015 offers you a stunning Retina display, faster flash storage, better battery life and a Core i7 processor that delivers excellent GPU performance. It is favored by many web developers, graphic designers, and music producers, all thanks to its variety of port features.

This Retina MacBook Pro was a marvel of engineering as it captured everyone’s attention for combining a beautiful high-resolution LED-backlit 15.4″ widescreen 2880×1800 “retina” display with a thin, sleek case design. It showcased Apple’s ability to fit a machine with the professional caliber of Apple Macbook Pro specs into a remarkably portable package.

This Macbook Pro MJLU2LL/A a1398 provides you with better performance as it is equipped with either a 512GB or 1TB of flash storage. Apple upgraded the SSD to use SSUBX in 2015 making it twice as fast as its predecessors. This is a huge upgrade allowing people who spend a considerable amount of time reading and writing from storage to use as much as they want.

There’s a reason “Retina Display” is an integral part of this MacBook Pro model. The Macbook Pro Mid 2015 has a gorgeous 15.4-inch, 2880 x 1800 screen that will impress you the second it is opened, accompanying with app icons and images that burst with color, and text that strikingly appears handwritten, making effortlessly popular among those in graphic or web design work.

Powered with an AMD Radeon R9 M370X GPU, the 15-inch Apple MacBook Pro is designed to deliver 100 times the graphics performance from its predecessor model. The MJLU2LL/A features dual graphics processors and an integrated Intel Iris 5200 Pro graphics processor with 128 MB of “Crystalwell” embedded DRAM (and shared system memory). This MacBook Pro comes with MacOS X 10.10.3 (14D2134) and runs smoothly on a 2.8 GHz Intel Core i7 4980HQ processor with up to 4.0 GHz of Turbo Boost support.

This Apple MacBook Pro has all the memory you need built-in. It is the one upgrade this machine will never need. This model features a 256k level 2 cache and a 6 MB Level 3 cache plus a 5 GT/s front-side bus with 16 GB of 1600 MHz DDR3L SDRAM for its RAM, all this is centered around a 64-Bit architecture.

This Apple MacBook Pro 2015 boasts to deliver 9 hours of battery life. The MacBook provides 9 hours of continuous wireless web surfing beating out the 2014 MacBook Pro by half an hour. Generally, battery life for the MJLU2LL/A is around 2-5 hours based on the type of task that is being performed. 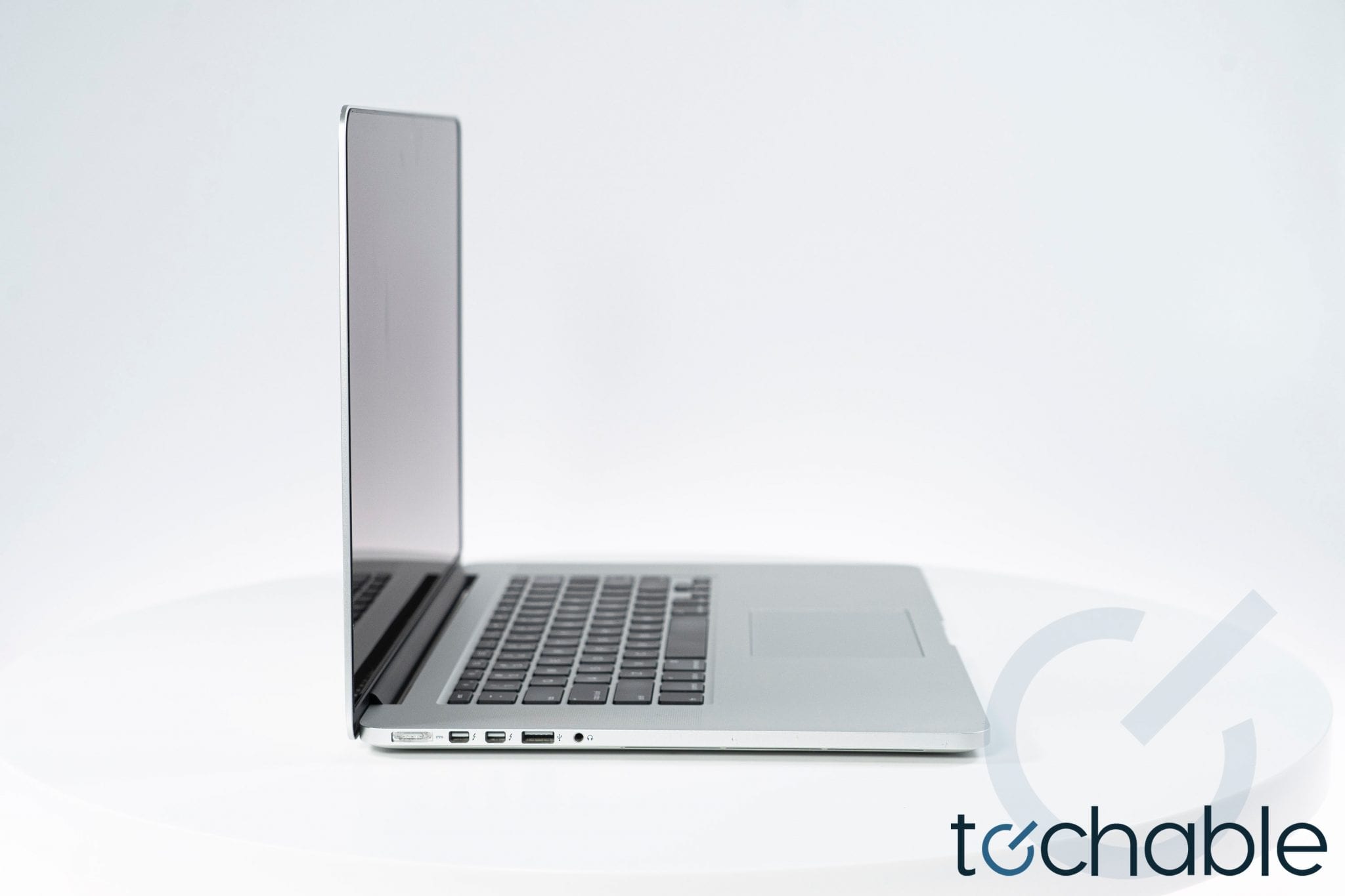 Warranty for MacBook Pro . SafeTech Warranty protects your Mac for up to 3-years.