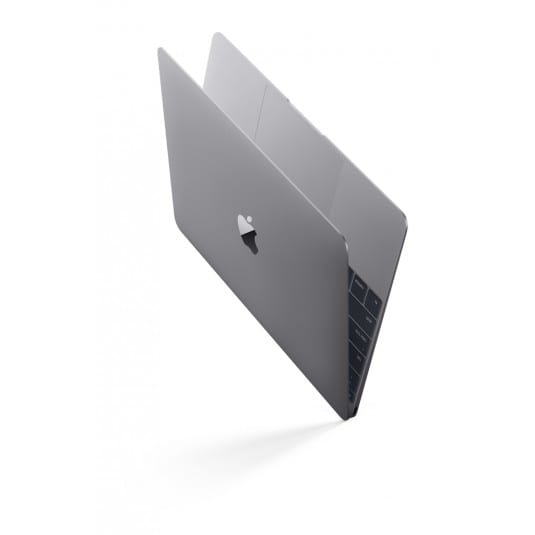 Apple revolutionized the way we use computer technology. The first Apple computer, launched in 1976, was much more than just a computer for the people. Hand built by the Co-founder of Apple, Steve Wozniak, this PC didn’t even come with a case. It had a price tag of $666 and more than 200 pieces were sold. Then came the year 1989, when they launched their first ‘Portable Laptop’, named Macintosh Portable. This portable laptop weighed 16 pounds and had a price tag of around $6500.

It was a new concept but had a terrible design; this was the reason why it was dubbed as the 17th Worst Tech Product ever made. Apple kept on experimenting and launching its various laptops under the ‘Powerbook series’ until finally a revolutionary laptop with the name MacBook Pro was launched in 2006. Subsequently, Apple launched several other laptops in the MacBook series such as the MacBook in May 2006 and MacBook Air in the year 2008. The era of highly sophisticated Laptops which became a sensation in the market and served a designated purpose had started and still continues with their current line-up.

In this article, we are going to state how all the three laptops had evolved and the important features as well as qualities which helped them dominate the market.

Apple released the MacBook in 2006 in order to replace the previously existing iBook and also the 12 inch Powerbook. Apple had a view in its mind to make sure that the laptop was still portable but also offered Core2Duo processor of Intel. They also made it thin compared to other models, so much so that it was 20 % thinner than the iBook. The processing power of the new MacBook was up to 5 times better than the older model and the screen was also more dynamic in its approach as well as a lot brighter (almost 80%) than the iBook. Moreover, Apple intended to make the MacBook series a low end of the MacBook family to attract the customers whose budget fall in its price range. The first generation Powerbook had Intel Core Duo processor and Intel’s GMA 950 integrated chipset.

Then came October 20, 2009, when Apple yet again launched another version of the MacBook that boasted the Aluminium Polycarbonate design. Apple made the people focus on another aspect through this product, which was the ‘environment’. Steve Jobs announced that the notebook was the greenest in the world and complied with the stringent Energy Star 4.0, EPEAT Gold and RoHS environmental standards. The main aim of the company was to target customers which were people who wanted the status of Mac but at a lower price. So the new MacBook was priced nearly $700 less than the earlier version. The specs were obviously low in nature, such as 2.26Ghz Intel Core 2 Duo processor, 2 GB RAM, Nvidia GeForce 9400M GPU, etc. It weighted around 2.1 KG. A newer version was launched in Mid 2010 which had almost the same specification except for some minor changes in different aspects such as the battery, processor, RAM and so on.

Now it was time for the launch of another MacBook. As the series was merged with the MacBook Pro device, Apple had to bring back it owing to public demand. It didn’t disappoint the people and fulfilled their expectations as the new MacBook was the thinnest among all the other notebooks of Apple, even the MacBook Air. Keeping it slim and light, Apple made sure the MacBook complements your traveling and feel weightless, especially for the students. It’ll barely take some space in your backpack and would just slide through in small space. The colorful retina display is more than just for the aesthetic purpose, and in addition to providing an awesome viewing experience, it works like a charm for the extended battery life, even better than some other Windows laptop which is just as thin as this one.

Apple added a faster Kaby Lake chip, which gives this machine more pep than its predecessor, and a better keyboard in 2017. However, there were cons associated with the sleek design, such as it had only a single USB-C port means you can’t charge the MacBook and plug in another device without using a dongle, which costs extra. There was a lack of support for the Thunderbolt 3, which in turn meant that you would have to compromise on the transfer speeds and connecting multiple 4K displays. Another segment which was of less of a concern for people, although significant was the low-quality 480p webcam which didn’t work as better as some of the other notebooks of Apple.

For whom is it useful?

Well, MacBook Air has been aimed for those users who have low-end requirements. Especially if you are a college going student or a professional who isn’t concerned about the heavy usage of the laptop, then the MacBook is perfect for you. It is also useful for those who believe that the notebook shouldn’t take much space in the backpack and be accessible at any point of time.

In 2008, Steve Jobs introduced MacBook Air to the world. During MacWorld 2008, when it was launched, it was termed as the world thinnest notebook. The cheapest MacBook, which is MacBook Air costs $999 and comes with a 10.5 hours battery life as well as a fast Core i5 processor. It has a traditional keyboard and a slightly low resolution of 1440*900 pixels.

An 11.6-inch version was introduced keeping in mind the netbooks and Ultrabooks launched by the competitors, which was priced at $899, however it was discontinued after some time. In July 2011, updates to the 11.6 inch and 13.3-inch models were introduced which took the spot of entry-level laptops for Apple, as the white MacBook was discontinued. In June 2012, some major upgrades were released, such as a new processor, which was powered, by the Ivy Bridge Dual Core i5 and i7, faster RAM and SSD, new USB 3 ports, among other things.

The MacBook Air first generation was a 13.3″ model, initially promoted as the thinnest notebook in the world ( 1.94 cm). The capacity of the hard drive has also been increased. A higher capacity battery featured a mid-2009 edition.

By retaining the dimensions of the regular MacBook, the MacBook Air can offer a full-size keyboard and a generous wide-screen display. The first-generation MacBook Air sub-notebook has a 13.3” widescreen TFT LED-backlit active-matrix glossy display and a 1280 x 800 native resolution.

Apple released a redesigned 13.3 ” model on 20 October 2010 with improved enclosure, screen resolution, battery flash drive instead of a hard drive. Furthermore, a new 11.6 ” model was introduced, offering lower costs, weight, battery life and performance compared to the 13.3″ model, but better performance than typical netbooks of that time. On 20 July 2011, Apple released updates to the MacBook Air 11.6 ” and 13.3″ models. The mid-2011 MacBook Airs were powered by the new Sandy Bridge 1.6 or 1.7 GHz dual-core Intel Core i5, or 1.8 GHz dual-core Intel Core i7 processors, that came with an Intel HD Graphics 3000 processor, and with a backlit keyboard, two USB 2.0 ports, FaceTime camera, a standard of 2 GB of RAM (configurable up to 4 GB), Thunderbolt which shares function with Mini DisplayPort and Bluetooth was upgraded to v4.0. The 11″ and 13″ models have a minimum standard 4 GB RAM, with a maximum configuration of 8 GB.

The Apple MacBook Air model that was released in 2018 is a 13.3” version. The battery also received a massive upgrade to last close to 12 hours. This is almost doubled from the previous generations. The 13.3” widescreen comes with a 1440×900 native resolution. The graphics processor for this device is the Intel HD Graphics 6000 that uses up to 1.5 GB of system memory. The MacBook Air maintained its standing as a great ultra-light notebook. This machine is using hardware from 2015, and it is Apple’s lowest-cost option at $999. On October 30, 2018, Apple unveiled a redesigned 13.3″ MacBook Air model, with a Retina display, Touch ID, Thunderbolt 3, and 3 colors (Silver, Space Gray, and Gold).

For whom is it useful?

It is highly evident that the MacBook Air is the lowest priced MacBook available on the market. It is specially designed for those who have a limited budget or are under a budget constraint. Having a battery life that extends to as much as 14 hours, the students are going to have a good time without being constantly worried about charging their notebooks, Also, the thickness is just 0.68 inches, which makes it highly portable. Students have to take notes during lectures, which is going to be easy with a MacBook Air, as it provides a traditional keyboard. Some other major factors which make it perfect for student fraternity is the availability of regular USB 3.0 ports which make attaching external hard disks, pen drives, etc easy. However, the lack of touch screen, USB type C port, and low screen resolution might trouble the students.

All product and company names are trademarks:™ or registered:® trademarks of their respective holders. Use of them does not imply any affiliation with or endorsement by them.
Techable.com is provided "as is" without warranty of any kind whatsoever. Techable.com, and the author thereof, shall not be held responsible or liable, under any circumstances, for any damages resulting from the use or inability to use the information within. For complete disclaimer and copyright information please read and understand the Terms of Use and the Privacy Policy before using Techable.com. Use of any content or images without expressed permission is not allowed, although links to any page are welcomed and appreciated.