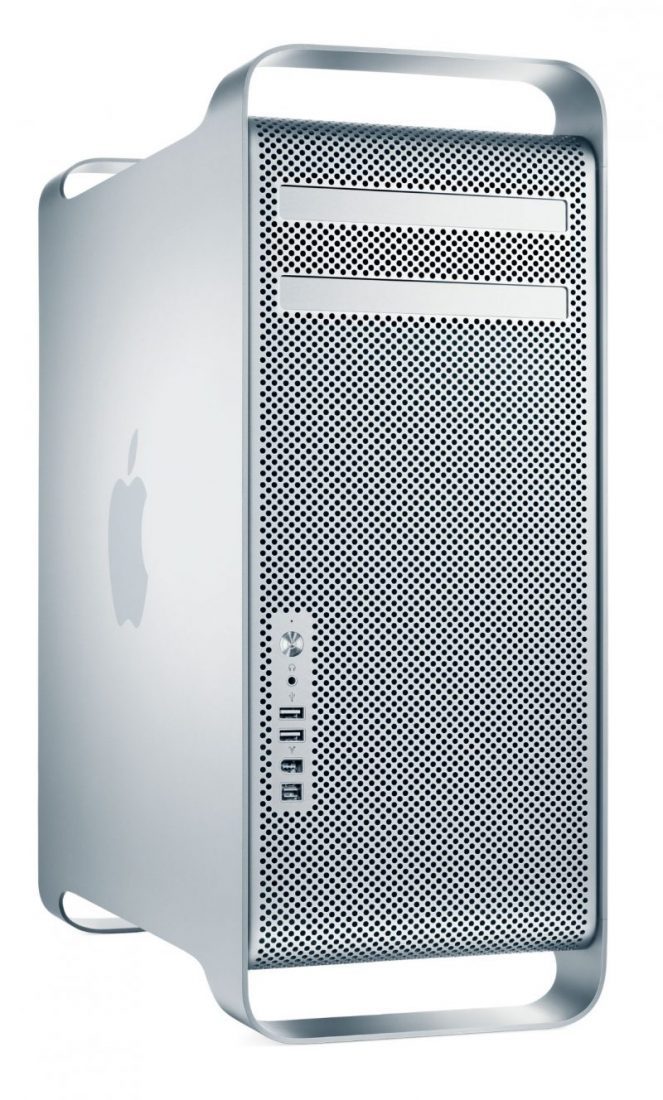 This device is a BTO/CTO device which is nearly identical to MB871LL/A. We have listed this device separately as it has been configured with an upgraded processor when compared to the base model. This has been done to make it easier to catalog as well as easier to read.

The Mac Pro in 2009 had some difference from its predecessors but was certainly packed with the more power to drive your work. The differences include its Turbo Boost capacity for 3.3 GHz to up to 3.6 GHz. Also there was the disappearance of the Fire Wire “400” ports but not a reduction in the overall number of FireWire ports as the two FireWire “400” ports were replaced by 2 more FireWire “800” ports, a similar exercise was carried out on the PCIe expansion slots as four PCI e 2.0 slots were now present as opposed to 2 PCIe and 2 PCIe 2.0 ports. The Mac Pro was still the most expensive of all products but its price was worth the quality of the machine.

The device was powered by 3 GB of 1066 MHz DDR3 ECC SDRAM for its RAM.  This is centered on a 64-bit architecture.

Although the Mac Pro came with 3 GB of RAM it could be upgraded up to an astounding 48 GB of RAM.